You must be of legal age to enter this site. Please enter your date of birth. 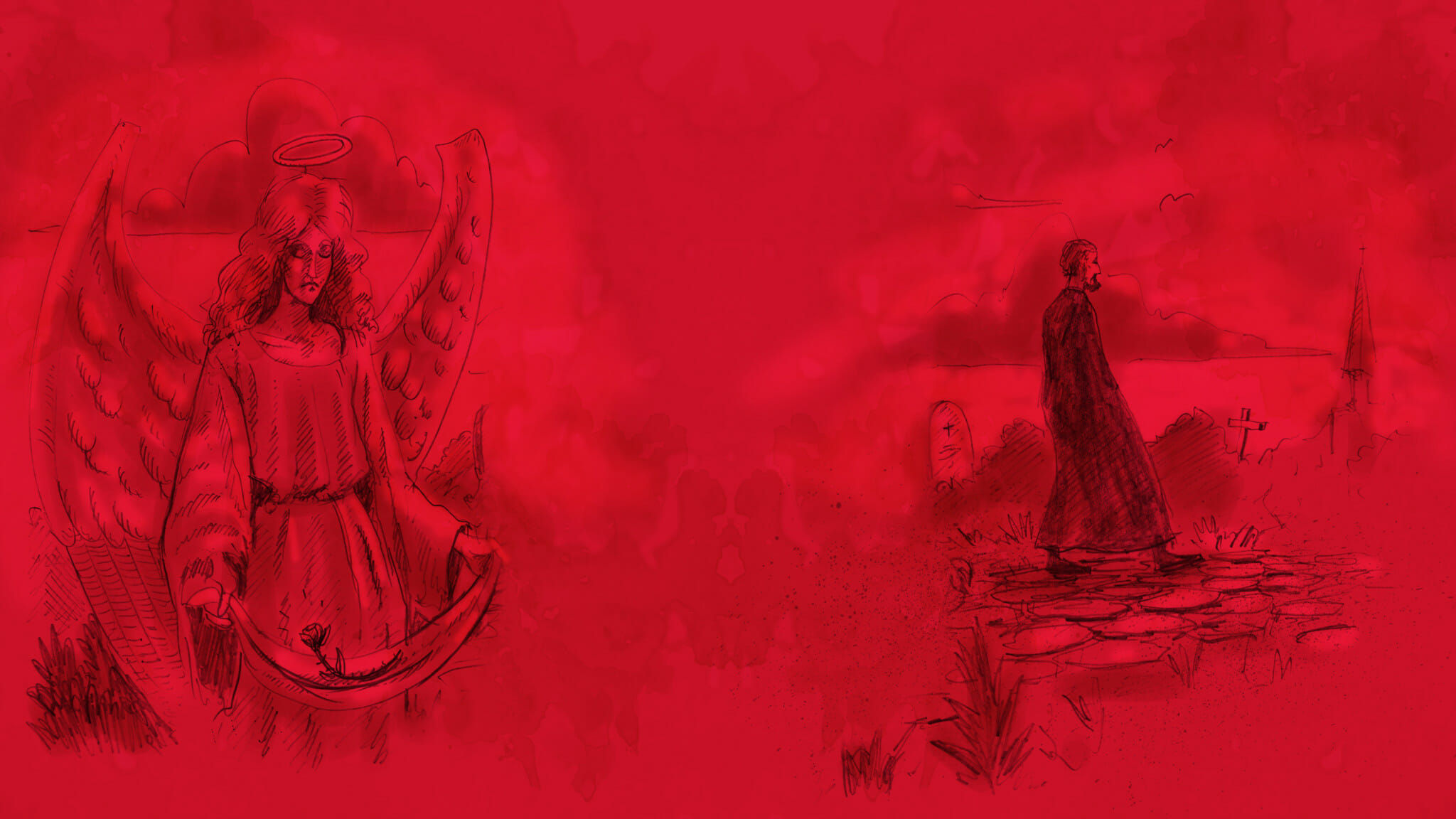 When New France was discovered, people thought they had found a virgin continent, an earthly paradise, a place where malevolent minds had not set foot. That being said, it wasn’t long before settlers met the indigenous people who had been occupying the territory for a very long time. They also quickly realized that the indigenous people were not worshipping the same figures as those represented in their Holy Church. Right away, they thought of this red character with a forked tail and horns on his forehead, as well as of the possibility that he might settle down on the land and reign over it like a king. Consequently, hordes of black-robed missionaries came to New France, resolute and relentless, endowed with boundless imagination and perseverance, all of them pursuing one single goal: putting the children of this land back on the path to God.

The poor Devil, for his part, had never before known what to do on this continent ignorant of good and evil; he had not paid attention to this complete mockery and had decided to leave these brave people alone.

Rather, he had taken refuge on this land, enjoying a place where he could take some time off, telling himself that the most prosecuted entity of this world certainly deserved this perfect sanctuary. This is how the Devil found a home in an endless cavern, at the base of a waterfall where he was sheltered by an immense and eternal whirlpool. There he found tranquility and peace, as well as a place where he could drink and feast without being disturbed.

Sometimes he even allowed himself to torment some poor, lost souls who had the misfortune of falling into the waterfall. For him, the only drawback to this heavenly hell was the supply of good food and drinks. He, who so adored cervoise beer, had to bring back a few bottles for himself every time he went to harass the Europeans. However, the Devil is clever and lucky at times. This is how he quickly became aware of the presence of the black-robed missionaries in his private Eden.

Luckily, in 1634, Father Jacques Buteux, from the Jesuits’ Society, arrived in Quebec City as the first missionary evangelist and was sent to Trois-Rivières. Jacques Buteux loved to travel and got to know the various Native tribes, as well as their mores and customs. Despite his frail and delicate physique, he was a man of deep faith, driven by the desire to share it, which soon led him to venture deep into these lands, at the very moment when the Devil thought: ‘If I have yet again to be assaulted by my persecutors in my own refuge, I might as well take advantage of it.’

On the 4th of April 1652, Jacque Buteux left for the Mattawin River. On his way back to Trois-Rivières, on May 10th, he was going up the St-Maurice River with a group of Montagnais to get to a place called Achawenekane, Ochawenegane or sometimes Assawenegane by the First Nations people. It was at this very place that they were all chased down and finally caught by a band of Iroquois. The Montagnais were killed right away. As for poor Father Buteux, who had been wounded in the arm and chest, he was tortured and mutilated, and finally sacrificed and slaughtered by tomahawks. The Iroquois dragged his remains to a site they considered damned and inhabited by evil spirits. They called that place the ‘The Den of Evil Manitous’. Later, it was named the ‘Trou du Diable’, meaning the Devil’s den. People said it would forever imprison those who fell into it. The Iroquois threw into it the remains of Father Buteux. The Devil welcomed the poor soul with a smile, delighted with what had just happened and just as satisfied…